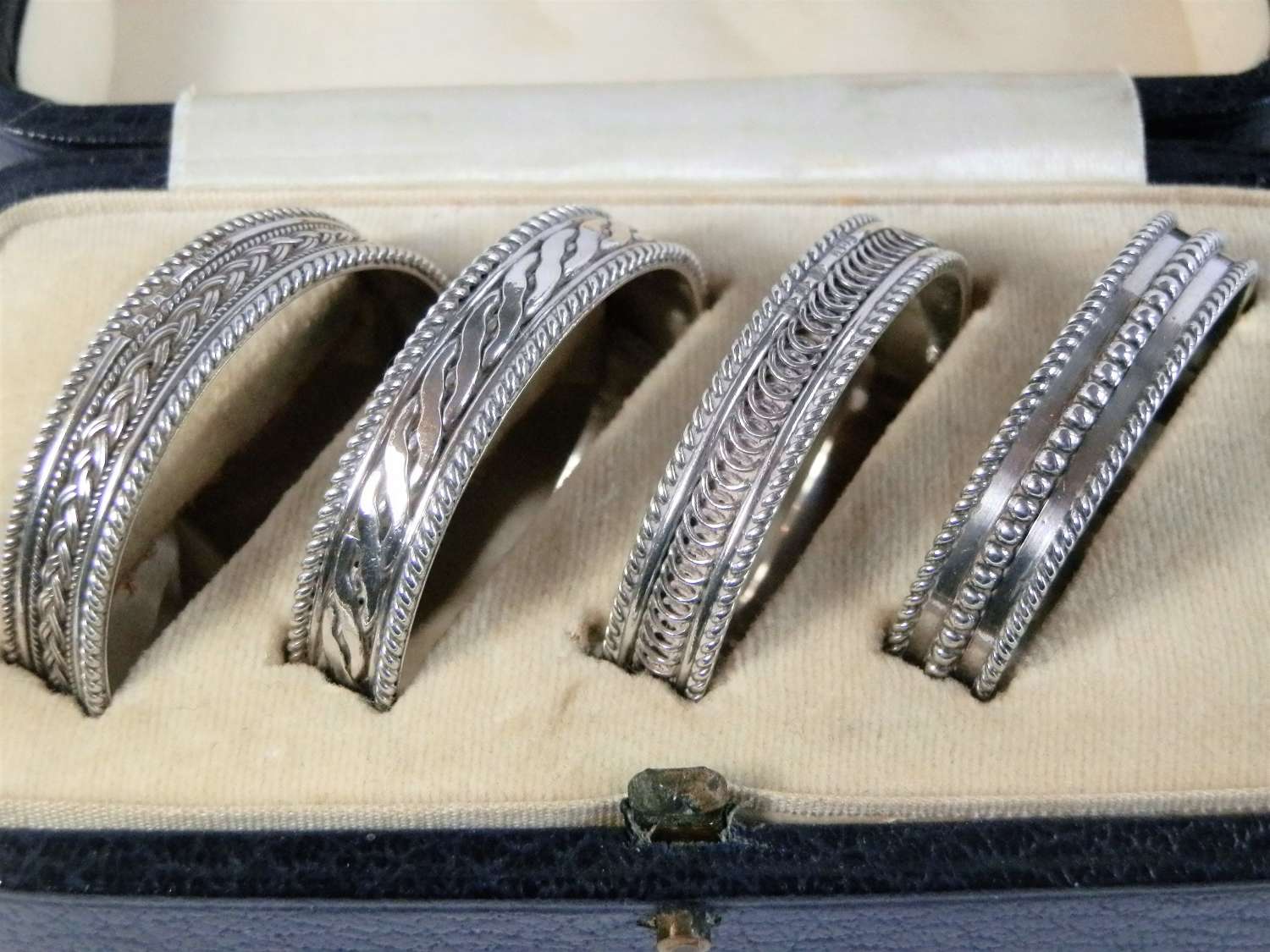 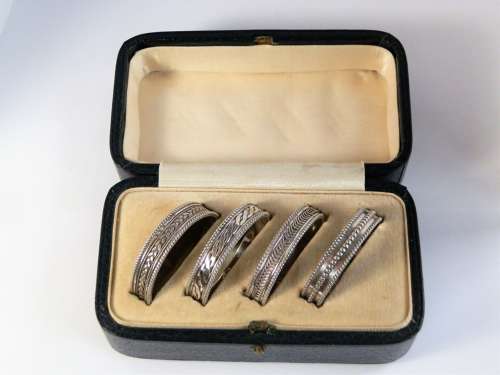 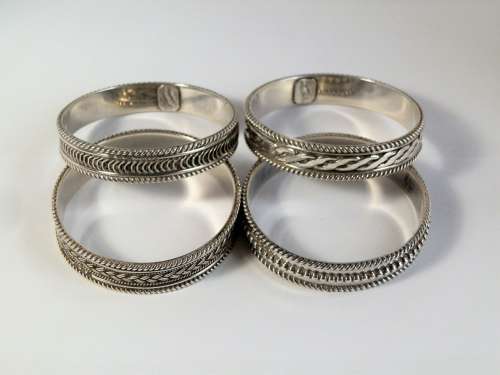 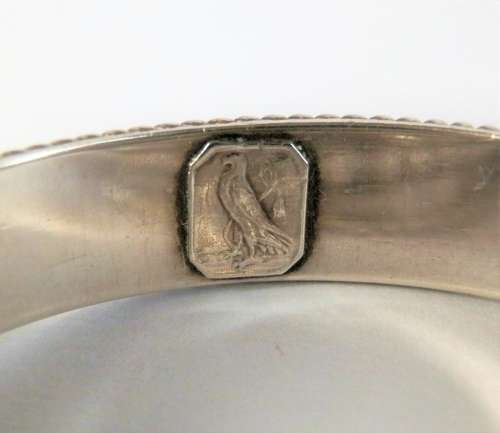 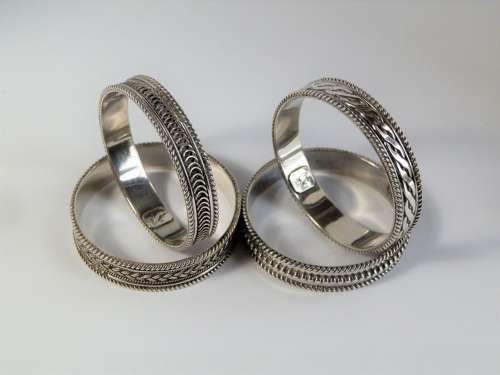 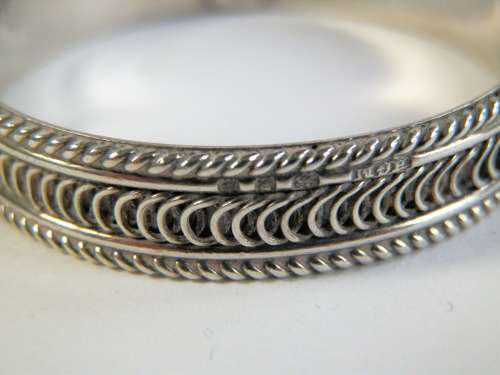 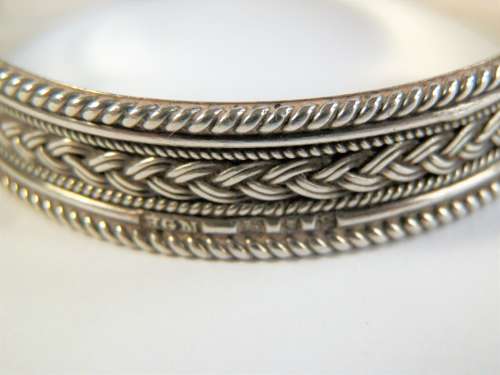 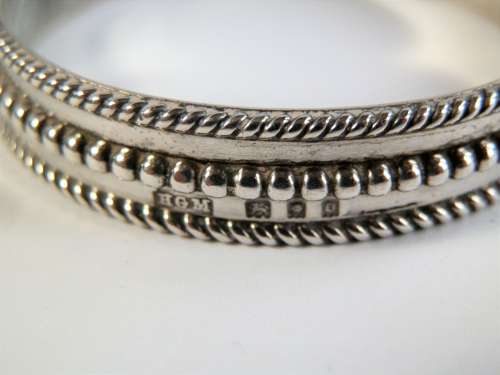 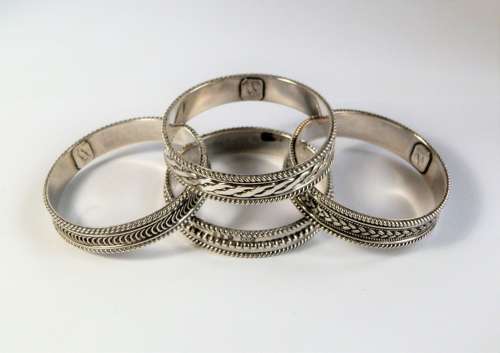 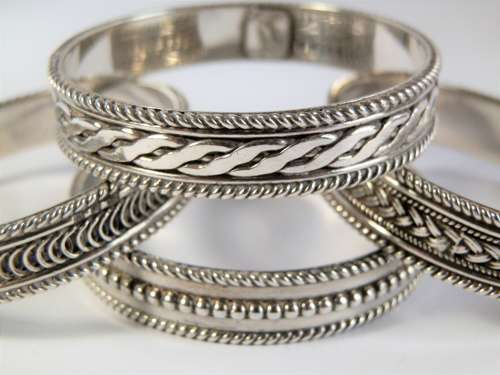 A beautiful cased set of four silver napkin rings by maker H. G. Murphy. Made in London in 1929. Each one an individual design - rope-twist, cable, bead and wire-work, all with rope-twist borders, in an original  silk and velvet lined fitted case. Three with Falcon studio mark. H.G. Murphy (1884 – 1939) was apprenticed to Henry Wilson in 1899. He entered the Central School of Arts and Crafts in London at the age of 14. In 1912 he opened his own workshop in London. During World War I he enlisted in the Royal Navy Air Service. In 1928 he started the Falcon Studio, comprising a workshop and retail outlet in Weymouth Street, London. He returned to the Central School teaching goldsmithing and enamelling, and became the first head of silversmithing, and later principal of the school in 1936.

Please fill in the information below

Can we also interest you in these?